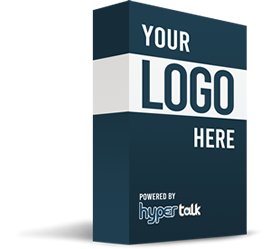 Nowadays, video-collaboration is fundamentally changing the internal and external workflow within business entities, enabling a flexible meeting structure. The workstyle shifts away from days that involved more traveling for having in-person gatherings. With a history of nearly 150 years, video-conference became a solution that brings people closer, no matter the time, space, or device. As a communication tool, it is cost-saving, practical, and functional, offering a healthier work-life balance.

For this reason, Hypermedia focused from the very beginning on cloud computing, big data, creating video collaboration tools, multimedia interactive systems as well as mobile development, and web platforms. However, one of our today’s most popular products was launched at a time when the national market was not yet ready to embrace it. Sometimes, for innovation to take place, it needs the right background to develop.

This was the case of HyperTalk, which represents a video collaboration framework that was made public in 2012. Even though the idea just started to blossom, in 2013 HyperTalk already got a place in the top 100 Red Herring Europe, being considered a promising telecommunications product. During these years, the company kept a constant focus on the market’s needs in different fields, from healthcare, education & training, to HR, sales, IT, or consultancy. So HyperTalk is now suitable for any individual or business entity offering various advantages, as we have shown here.

Hype your career and your business through white labeling

Worldwide, video-conferencing became an independent way of co-working as it managed to create an environment similar to a classical face-to-face interaction. It was still in 2012 when HyperMedia began implementing the white label feature to the HyperTalk app. Compared to the other options available on the market, HyperTalk is more than a regular smart video tool service. You can purchase it and choose the white label option, which can turn your business into a success. We can customize it to answer any business needs, from logo, colors, domain to and any other functionalities desired. The white label term is mostly used in the software industry and represents a product or service produced by one company, that can be sold under another company’s name.

Going for a white label output implies a different type of partnership where the product is ready-made, and there is no need for the seller to invest in more testing, research, or development. It is not wrong to want to start creating from scratch, but you need to be aware of your business needs and the market’s demands. If the software does not represent your field of interest, investing money into something that already exists might mislead you and postpone your chances of success.

From the first web camera to owning a video-collaboration tool

Along the time, innovation followed its path, as research never stopped. We believe in the power of research and the positive outcome that comes with it. We talk around 150 years of technology evolution and, more precisely, about the video concept development and its synchronization with audio features.  Hence, to highlight the fact that having your video-collaboration tool is the next step to innovation, we suggest a shortlist of events that stay as a foundation for the video call as we know it today.

Looking at the bigger picture, it shows that most developments on video communication came from the American giants. However, it is not wrong to admit that their immediate success was also built on the grounds of their economic power. Nonetheless, this series of events show that after 2000, the need for video-collaboration increases, and more and more social apps are receiving this feature. HyperMedia also felt this urgency in virtual collaborations and designed a framework that would work precisely towards this goal from 2012 up to now. By thinking ahead and building an app for the brained workplaces, 2020 is the year when any business can own their video-collaboration tool.

HyperTalk’s White Label comes to implement cutting-edge technology for those searching to innovate!